Life in the Evergreens 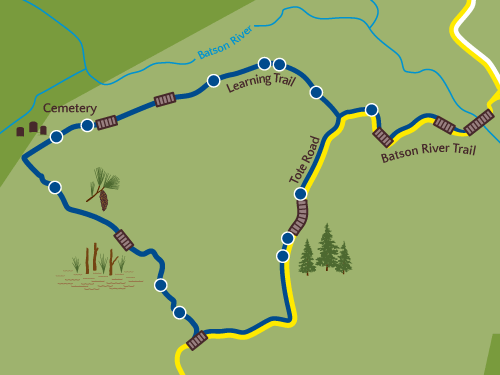 What Am I Looking At?

Though this is also an evergreen habitat, it differs from the white pine forest, as it is a younger stand, and it is a variety of evergreens. 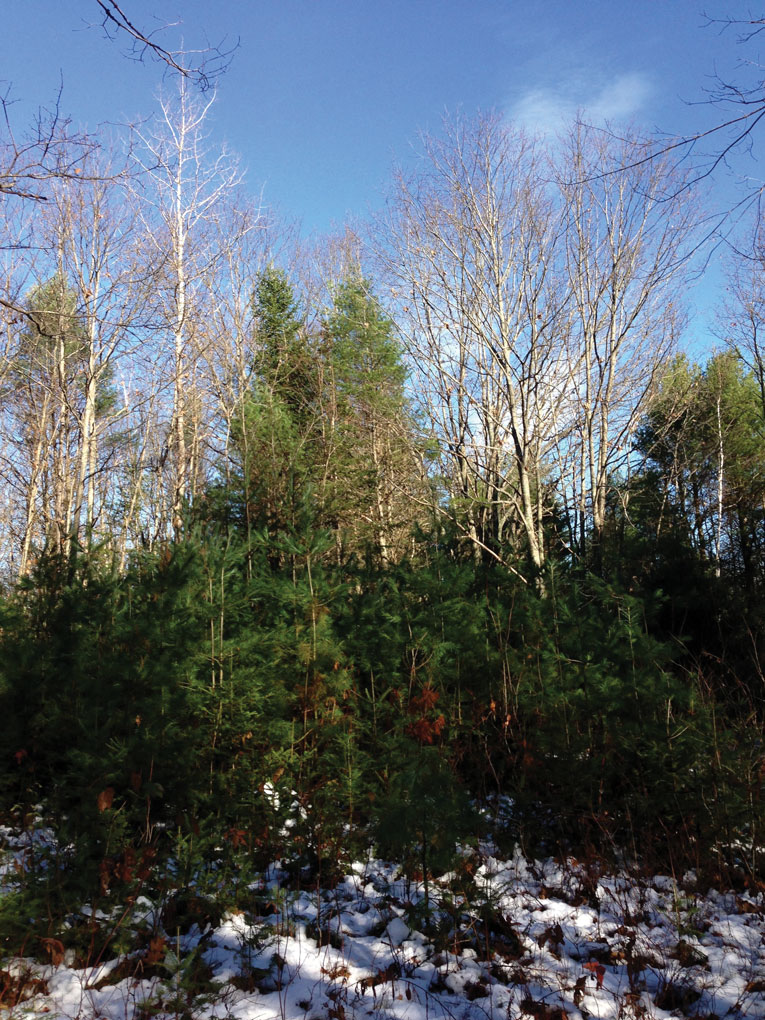 Hemlocks (shown here), firs, spruce, and cedar trees are among the most common in Southern Maine.

Evergreens are named this because they are green year round and do not drop their leaves the way that deciduous trees do. The evergreens here are conifers, as they are cone producing trees. Look around and you will see pine cones on the forest floor.

South of Maine, the hemlock woolly adelgid (an introduced insect) has decimated hemlock stands. It has recently been documented in York County, and efforts are underway to limit its impact. Imagine what this area would look like if all the hemlocks were taken out.

What animals do you think live here?

Hemlocks have a shallow root system and they grow well where the soil remains moist throughout the year. They are shade-tolerant trees and they form dense canopies that provide a cool refuge for wildlife.

This is a nice habitat for many animals, having plentiful food sources for both meat and plant eaters, cover, and places to create homes. Hemlock forests are a habitat for more than 120 different species. Some of them include: fishers, bobcats, white-tailed deer, showshoe hares, red squirrels, porcupines, pileated woodpeckers, yellow-bellied sapsuckers, goldfinches and grosbeaks. 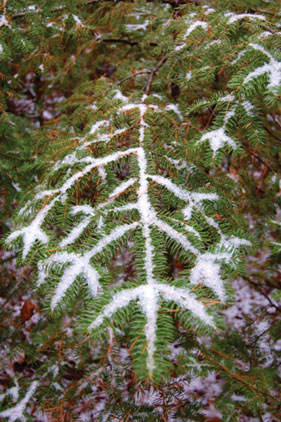 This is a healthy hemlock frond during the winter. The hemlock tree is the dominant tree in this area of the trail. 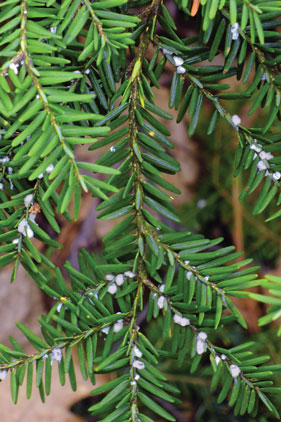 This is a hemlock frond infected with the invasive insect, the woolly adelgid. 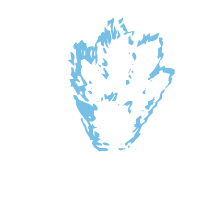 The forest is dense here along the tote road. Look into the woods and see if you can find birds and other animals taking cover in the trees. Don’t forget to look down and look for footprints.
Copyright © Kennebunkport Conservation Trust 2013. All Rights Reserved. Images and content may not be used without permission.